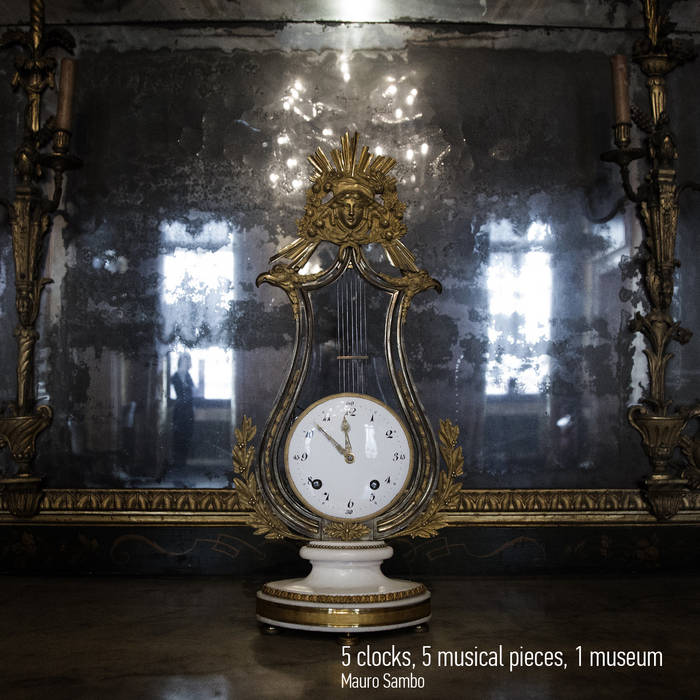 Opposition Faust so Far a great invitation to walk a path of hypnotic sounds and subtly combined, to listen with all calm and hearing totally open and willing. Favorite track: Putto.

The specific-site sound installation 5 clocks, 5 musical pieces, 1 museum by Mauro Sambo is a result of the project ‘Conserve the Future’ in which artists from all over the world participate, invited to produce works that interact with the Foundation’s exibition space, from the rooms of the Museum to those designed by Carlo Scarpa. The work was created for a specific occasion, to celebrate the restoration of five historic clocks in the Museum where they are now on exhibit. The restoration was carried out by the company Open Care in Milan. For each clock Mauro Sambo chose a composer who had worked in Venice during the period in which the clock was produced and recomposed its sound to fit with the five musical compositions so that they accompanied the ticking of the clock. The artist donated his work to the Foundation, enriching the Museum’s collection of contemporary art.
This new project calls to my mind a film that had a strong impact on my cultural development: Bob Rafelson’s Five easy pieces. The scene in which Jack Nicholson plays the piano on an open-top truck is permanently imprinted in my mind. The approach used in this work is based on narrative, time, and memory. These extremely fragile timepieces survived – almost unscathed – through the centuries and through wars and catastrophes whose passing they measured with their own ticking.
If I could record in some way the tolling of those dramatic hours of the past, I wonder if they would sound different from today; perhaps the events they witnessed charged their sound with a different emotional identity… and indeed, what I did with the clock of the Querini Stampalia Foundation is quite close to the structure of cinema and literature…
I recorded the separate sounds of the five clocks, the sound of each clock’s surrounding environment, the ticking, the echo of the alarm, the tolling of the hours…
Then I worked on these sounds, which were preserved, manipulated, distorted, filtered, played again and turned into “other sounds”.
I associated to each clock a composer who worked in the same city and period in which it was fabricated. The period can vary slightly, as the music could be played also after the death of the composer. In the case of Cimarosa, I deliberately overlooked a ten-year gap. After sampling a number of brief musical passages, I created rhythmic cells, built up a series of loops, accelerated or slowed down the tempo, modified, recomposed and “replayed” the sound of the clock with that of the composer, while also trying to tune the harmony with the difficult and dramatic times that it witnessed. (Mauro Sambo)

01 - Clock in green marble and gilt bronze featuring Diana’s chariot. Manfredini workshop, Milan. First quarter of the 19th century; composer Domenico Cimarosa (Aversa 1749 - Venice 1801)
* the dating of the clock has been modified by a technical examination following the creation of the piece. I preferred not to change the song, I think that not everything happens by chance and the case in my work is essential