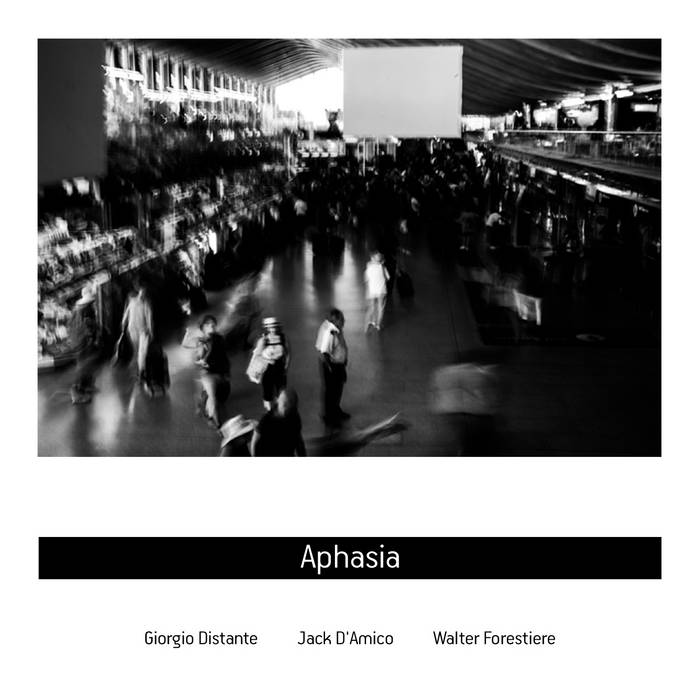 “Aphasia is a combination of a speech and language disorder caused by damage to the brain. The difficulties of people with aphasia can range from occasional trouble finding words to losing the ability to speak, read, or write, but does not affect intelligence. This also affects visual language such as sign language. In contrast, the use of formulaic expressions in everyday communication is often preserved. One prevalent deficit in the aphasias is anomia, which is a deficit in word finding ability.”
“Aphasia” is the result of the inner connections between three special musicians: Giorgio Distante [trumpet from Lecce, south of Italy], Jack D’Amico [fender rhodes, acoustic piano, inside piano, effects from Naples] and Walter Forestiere [drums, objects from Bari, south of Italy]
“Certainties have no style: a concern for well-chosen words is the attribute of those who cannot rest easy in a faith. Lacking solid support, they cling to words―semblances of reality; while the others, strong in their convictions, despise appearances and wallow in the comfort of improvisation.”
[Emile Cioran]