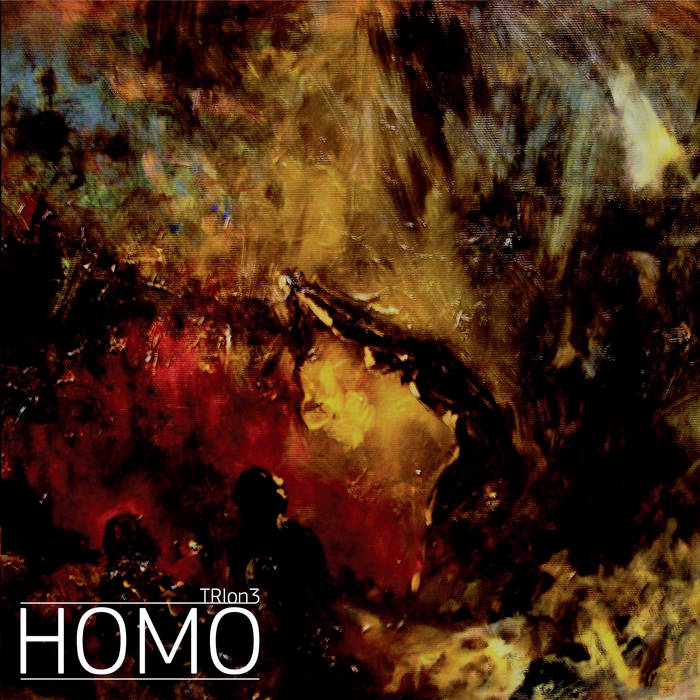 Our musical trilogy is a tribute to the Neanderthals , that 35-40 thousand years ago faced the last period of his earthly existence coexisting with Homo sapiens , before disappearing completely in a relatively short time. The trio was formed with the idea of creating a soundscape able to evoke the life of a prehistoric community , HOMO is a live project group TRIon3 ( Mauro Bon , Sandro Carta and Massimo Croce ) . Divided into three specific moments , afternoon , evening and the next day, these three moments correspond to different sounds , which are characterized by the choice of specific environmental sounds : the forest , the flow of a river, different sounds of insects , conviviality around the fire , the sound of the didgeridoo and resonant stones . The music is assembled/performed not with the intention of describing , but following the basic idea of real music by using actual sounds in order to create music. Electric bass and trumpet interact with these soundscapes creating a kaleidoscopic in constant transformation.

The first two parts of this hypothetical prehistoric day have distinctly ambient sounds , while the last part, waking up the next day, is characterized by a relentless rhythm and by penetrating sounds . This project involves the use of a video made from photographs of Alexander Ruzzier that are shown during the concert. We don't pretend we know the music of that time : the most significant archeological finding is a small flute made of bone ( made from the hip bone of a speleus bear ) found in Divje Babe (SLO) during an excavation in a cave , and it is considered one of the oldest , if not the first , musical instrument built by man.
The possession of a concrete physical evidence of the actual cross breeding between the two species would represent a milestone for scholars , who still do not have that certainty; we like to think that this is definitely the case, and that there are still traces of the neanderthal in our DNA.
The duration of the concert is approximately 40 minutes.