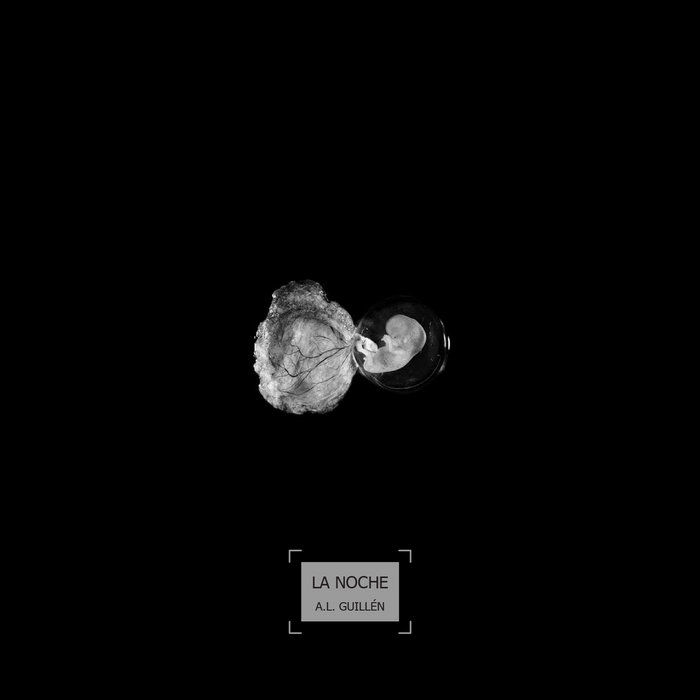 “This work tells about the transition of a beloved person, one night in a hospital.
With no dramatic or compassionate intention, I created "La Noche" to amplify our separation and our unitive annihilation, like a song whispered in the ear of the one who goes away, and the one who stays. An ode to everything we experience by this loss, and everything that we know stays behind forever once the body of the beloved one is gone.
This song should be heard at night, in absolute darkness and through headphones, so that one can, after initial resistance, “obey” and follow the sound. It intends to act as the nail that pierced the veil of mourning, showing the fullness of the non-place, of all that was lost.
You are not forced to follow my narrative proposal, but...
The first two tracks oppose “Siamese Twins” separated sound extremes and sonic subjectivities. Mine: the aseptic silence in the hospital room, which is also an imminent "final". Hers: the sound of the relentless progression of septic invasion on her body.
This excision reconnects us with a humble gesture, track #3: A Kiss on Our Original Placenta. Finally, when the transition is finished, the window of the next day – letting in the cool air from the Genil river - is open. With some melodic, nostalgic souls flying to heaven, a past tense of platonic flavour. It is the light of the next day on earth. The only material we have.

I recorded and mixed “La Noche” at La Antena Noética Studio (Almería, Spain), during a period of several nights in autumn 2015, using a theremin and a computer. It was mastered by Dal Verme and myself.
It is dedicated to Maria Josefa Megías Cuadros, and to all those who would have this whispered song when the sun goes down”.