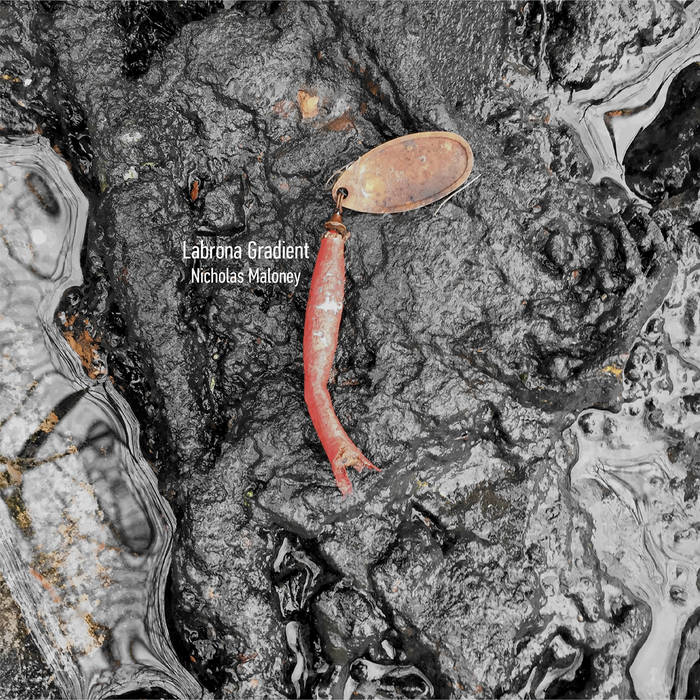 Labrona Gradient is constructed from field recordings taken along a roughly 2km stretch of the River Lee, beginning at Pope’s Quay then traveling west along the Banks of the Lee Walkway, through Fitzgerald Park, and ending at the point where the two channels of the Lee converge across from the Kingsley Hotel. The inspiration for this work stemmed directly from my almost daily walks along this route during the Covid-19 lockdowns in Cork. As a way to clear my mind and to escape the confines of my apartment, I would walk this route and listen to the sounds of the riverside environment, being constantly intrigued by the variations, ebbs, and flows in the soundscape at different points along the river. I became inspired to create a piece of music that would use the river itself as a guiding factor for the composition.

Labrona Gradient uses the natural environment from which the field recordings originated as inspiration for the structure and form, utilizing a map of the segment of the Lee River where my walks took place as a score.

This piece is not an attempt to document the Lee River environment or communicate a particular aspect of the sonic landscape but rather to explore the unique sounds of the river environment whilst using the landscape itself as a framework for composition. While one might find similarities between the listening experience of Labrona Gradient and the experience of walking along the river route and listening, the piece ultimately attempts to transcend the physical environment through the re-contextualization of the recorded environmental sound. By using tools such as hydrophones, contact microphones, digital processing, and layering, the piece offers an immersion into a virtually augmented sound-world that would not have been accessible otherwise.

Recorded January - August 2021. All sound and photography by Nicholas Maloney.

Nicholas Maloney is a sound artist from Jackson, Mississippi, previously based in Cork, Ireland and currently based in Nashville, Tennessee. His vast catalog has contributed to labels such as enmossed, Park 70, Important Drone Records, Grisaille, Lontano, and Falt.
He also makes music as Blanket Swimming.