Right, Plus, Oh The My Batey Oh 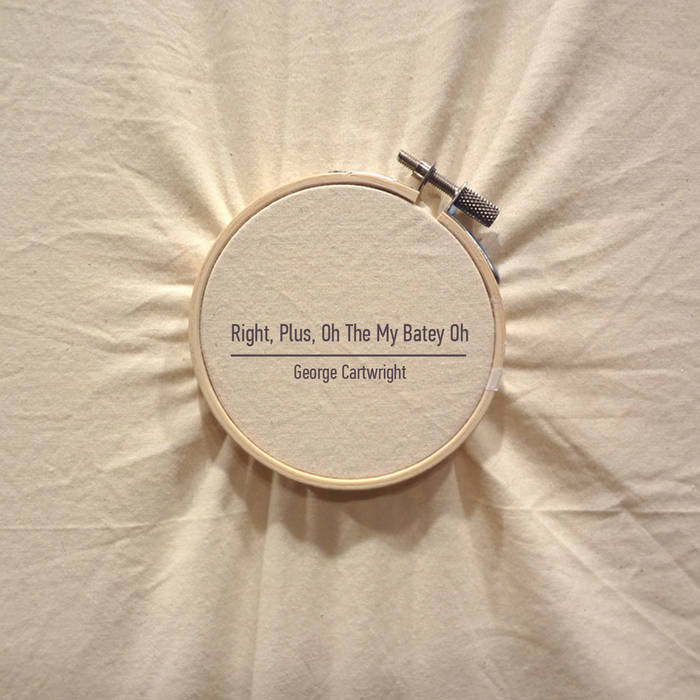 Bryan Aaker The guitar stylings of George Cartwright continue to warm the cockles of my heart. His band mates fit themselves into these musical puzzles expertly. Music to dance to. Favorite track: Chelsea's Birthday Song.

Starch
(tracks #4-10)
About
I sent out a request (compositional concept) to my musical pals in Jackson, and Canton,and Bay St Louis, Mississippi to send me some short pieces of music, no more than one minute long, thinking that should be easy for them to do. I would take what was sent back
to me, hoping I would get something, anything back from anyone, and combine it all into a longer than one minute piece.
I got back a considerable amount of music of terrifically high quality and all much longer than one minute. I took the music, put it together, edited, processed, and added some music of my own to the mix and came out of the process with these six pieces. I think of this as
similar to sourdough mix for bread. You keep the dough, it makes more of itself, and then it keeps going. I could take the music sent to me and continue to create new pieces with it for a long time…
Credits
released July 20, 2020
Bruce Golden - percussion, ringing items
etg (evan gallagher) - Casio keyboards
Brian King - vibes
Jeb Stuart - contrabass
George Cartwright - sax, voice, editing, effects, mastering, production
Liner notes by George Cartwright

The Puppet
About
The text for this piece is taken from a deposition of Ghislaine Maxwell taken in April 2016 by attorneys for Virginia Giuffre, who alleges that Maxwell recruited her and other underage girls as part of a sex-trafficking operation she ran with the financier Jeffrey Epstein. Maxwell was arrested by the Federal Bureau of Investigation on multiple charges in July 2020. Her trial is set for later this year.
The transcript was released in October 2020.
harpers.org/archive/2021/01/the-puppet-master-ghislaine-maxwell/
Thank you, Harpers Magazine; I hope you don’t mind.
Credits
Anne Elias - voice
George Cartwright - production, acoustic guitar, processing,
editing and art